Recently I changed jobs and with it the programming language I get to spend the majority of my time in. I had been doing mostly C# day in day out with occasional forlays into java. Now I’ll be doing Java full time so I wanted to get back into what was hip and happening in the world of java

What I’ve found is a party that all the cool kids left hours ago. I don’t know if it’s the oracle takeover or if it started before that but the whole scene just feels sad and lonely. The recent announcement of the features in Java 7 adds to it. 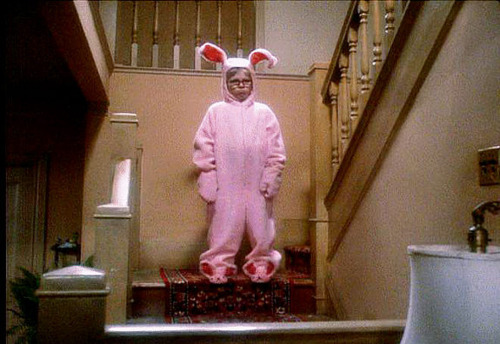 7 can easily be summed up as the programmers version of Ralph’s present from his aunt in “A Christmas Story”. We wanted lambdas and all we got we got was strings in case statements. Seriously, they should have just snuck the strings-in-cases thing in without pointing it out because everyone is just making fun of the fact that it took until version 7 to get it.

Oh well, I guess the Scala party down the road is where everyone went. I hear they have a keg…and closures.